My Clean Up Supervisor Vera Pacheco was leaving Don Bluth Studios in Ireland to join the Disney production of ' Who Framed Roger Rabbit ' in England. She mentored and promoted me to fill in her position as Clean-Up Supervisor for the next Don Bluth feature 'All Dogs Go To Heaven'.

It was a great opportunity working at the level of supervisor, being responsible for keeping the  Quality of the Clean Up art work as well as producing the needed footage for each weeks quota. It was also very much a learning experience being apart of the weekly production meetings learning how the business side of things worked dealing with the pressures etc.
I still remember a few times where Don would point at me and ask where the numbers were.
I always had to explain any reasons if and why the department was behind, any issues with certain scenes etc. I learned from Vera that sometimes adding a few extra artists on one scene for the end of the week push could help fill in some gaps every now and then.
Art and business. Always lots of pressure but very fulfilling when you get the needed numbers for the week and the director comments on how good a job your department is doing with the Quality of work.

Being new at the position I thought I might create some notes that could help the Clean-Up Artists as they got to learn this new film with the new characters.
So I asked the studios Leading Supervising Animator JOHN POMEROY if it was ok that i borrow a few moments of his time for him to go over some drawings every now and then.
John led the animators with his beautiful sense of appeal and design in his drawings. If you know this BLOG you'll know I frequently post his work.

John really liked the Idea so once we were able to meet with our schedules I went up to his room and watched over his shoulder as he would draw over a Key clean up drawing from one of my Key Artists. He would be explaining to me the reason for each change. I scribbled down his thoughts as he continued looking over the drawing.
Once back in my room I would put together a hand out note that i would then give to each artist in my department.

Below are the BEFORE drawing and the Pass showing John's drawn changes.
At the very bottom is the actual hand out showing the side by side differences as well as the notes that i wrote down explaining what John had told me while he was going over the drawing. 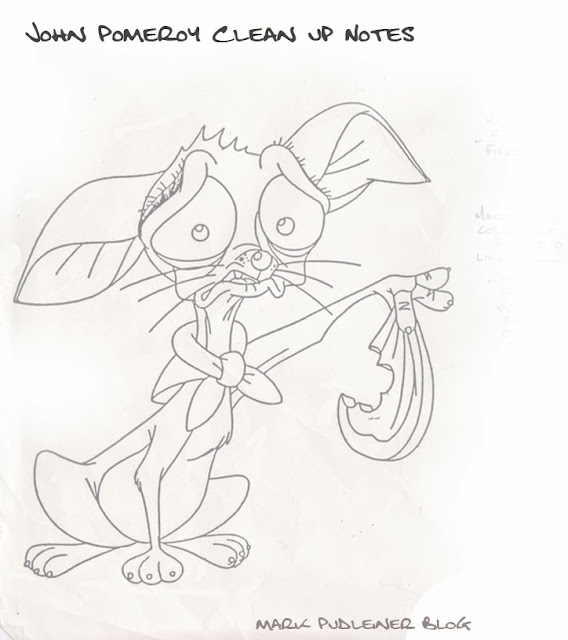 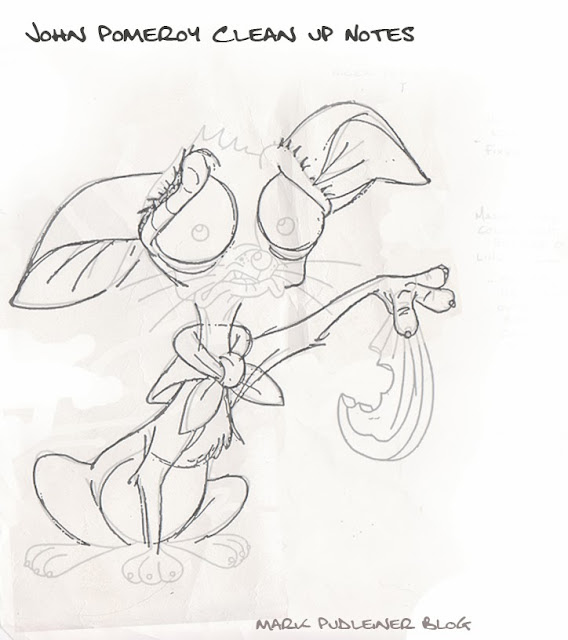 Some Quick Sketches on a Thursday night.

Just some very quick sketches as I sit and watch my son at one of his kick-boxing classes.
The poses are not held for very long so I look up and then draw from memory.
Thin black sharpie pen on white sketch paper. 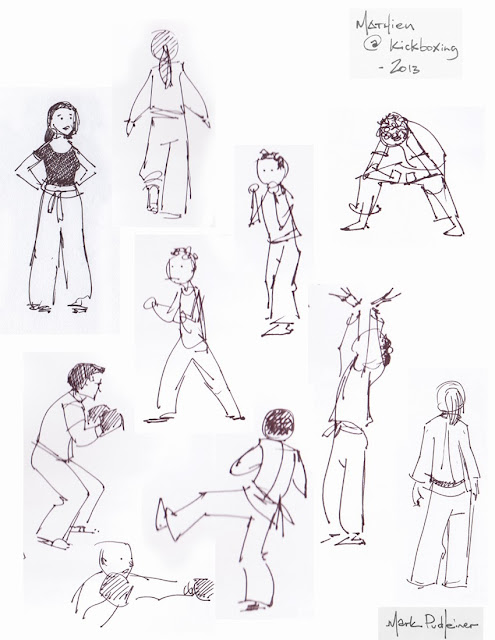 Posted by mark pudleiner at 10:18 PM No comments:

About every 2 months or so a few of us would meet up for lunch. We had all worked together but as the years went by, different gigs had us scattered around town. It was always nice to hook up with everyone and see how everything was going with them and where they were at. A lot of different productions and stories that went with them. I do miss these lunches with these guys. It was always like returning the clock back for a brief moment to the ol' days. I do miss these guys :-)

Our choice of restaurant to meet up was always the Buchanans Arms Restaurant in Burbank California.
Simple place with the English pub interior as well as all the comfort foods for lunch. { bangers and mash etc :-) } 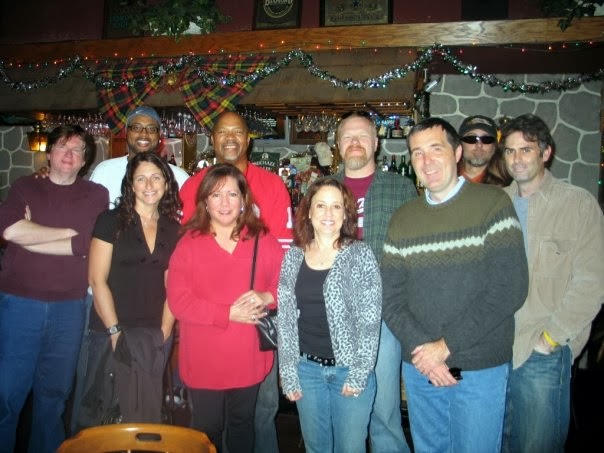 From left to right > Will Finn, Bruce Smith, Michele Mazzano, Patti Conklin, Marshall Toomey, Leslie Hough, Gary Trousdale, Kirk Wise, Chris Wahl and myself. Our good friend Rej Bourdages missed this photo as he was working across the lake at Aardman Studios before joining Pixar.

Posted by mark pudleiner at 4:39 PM No comments: 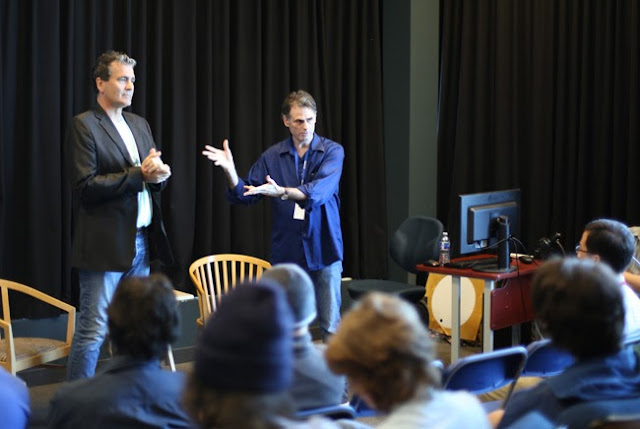 My good friend and college buddy Dick Zondag came by VANarts a few weeks ago to talk with our animation students.
I hosted a Q and A session with Dick as we talked about his past experiences working at various studios as a supervising animator and director.

We are very happy that he has agreed to jump on board to help instruct our character animation students part time. With all his feature experience, it's going to be a great opportunity for the students as he makes his rounds and helps them with their scenes. I'm sure there will be a few stories of the old days as well :-)


Below is a quick movie showing part of our discussion while he visited the school. He talks about being a supervising animator and the importance of working as a team with the director and animators to discover the best creative ideas for each scene.
In this moment he discusses the process of acting for the character he supervised, the 'Bowler Hat Guy' while working together with the director Steve Anderson on Disney's feature 'Meet the Robinsons'.

Dick Zondag has over 25 years experience in animation as a Director, Supervising Animator, Story Artist, Character Designer and Writer. He has worked on projects produced by George Lucas and Steven Spielberg, and studios such as Don Bluth and Walt Disney Animation Studios.  His industry credits include everything from The Care Bear Movie and Reboot to The Land Before Time, Chicken Little, An American Tail, Dinosaur, Meet the Robinsons, Bolt, and many more. Dick has now started his own studio, Movie Plus Canada, with partners Ralph Zondag and Chris Brough. Both Dick and Ralph are currently preparing to co-direct Heroes & Monsters and Monkey King as 3D movies.

Here is Dick's IMBD credits: Click here for his credits 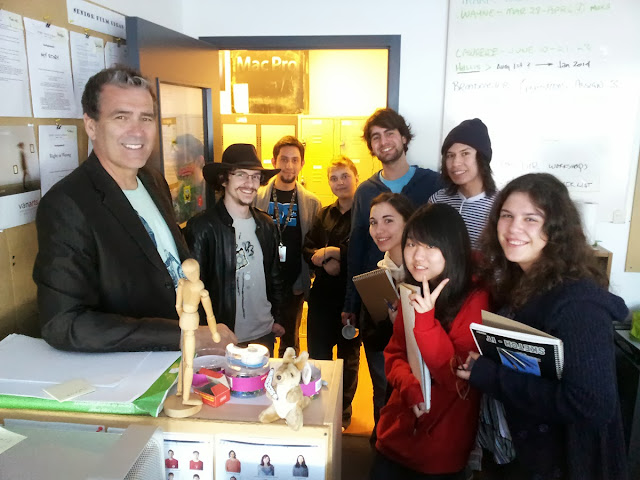 Posted by mark pudleiner at 2:28 PM No comments:

Here is another one of John's drawings from the feature 'The Land Before Time' while we were at Don Bluth Studios in Burbank California during 1986. The time was just before we made the move to Dublin Ireland. This was one of John's earlier scenes when Littlefoot is first born as he hatches from his egg. I remember seeing it for the first time and thinking how cute the scene played out. As usual, John set the bar very high for the other animators to match the charm and appeal he was able to put into his performances. Beautiful work. 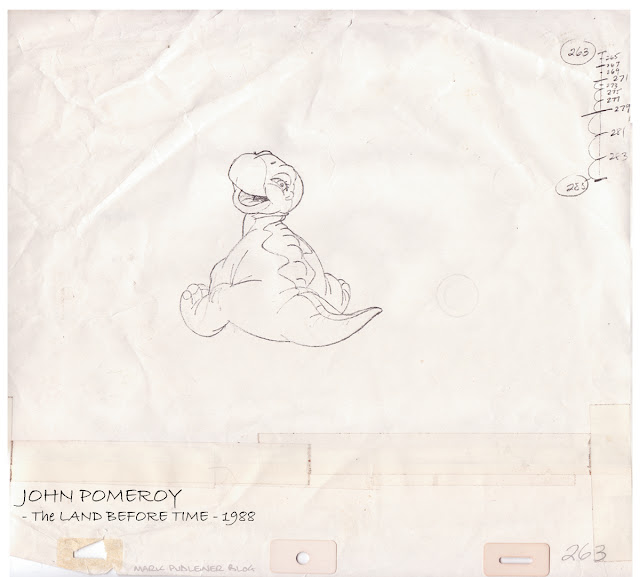 Below is the clip showing how John's scene plays out.

Half a century old today. I guess i should have my act together at this point :-)
For all the people that venture over to this blog every now and then - thank you for your support and i truly hope that you are able to enjoy the things i post about.

All the best for the future -  Old person { Mark }

Here is the 1st video of when I interviewed my friend James Baxter { Dreamworks / Disney } while at VANARTs Media college here in downtown Vancouver Canada.
I have interviewed James with my students numerous times over the past few years and I will start posting some moments.

In this video, shot in 2010, James talks in depth about the challenge of animating the scenes where there is a rotating camera. From the ballroom dance sequence in Beauty in the Beast, the camera rotating around Simba as Scar confronts him at the end of Lion King as well as a scene in Hunchback, these scenes were not an easy assignment.
Posted by mark pudleiner at 6:17 AM 2 comments:

If you have a few moments to dream... open the pdf below or the flipbook and enjoy :-) 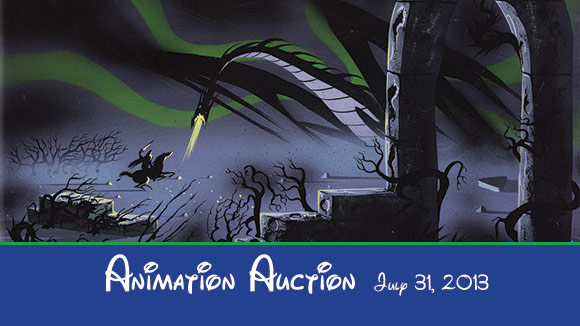 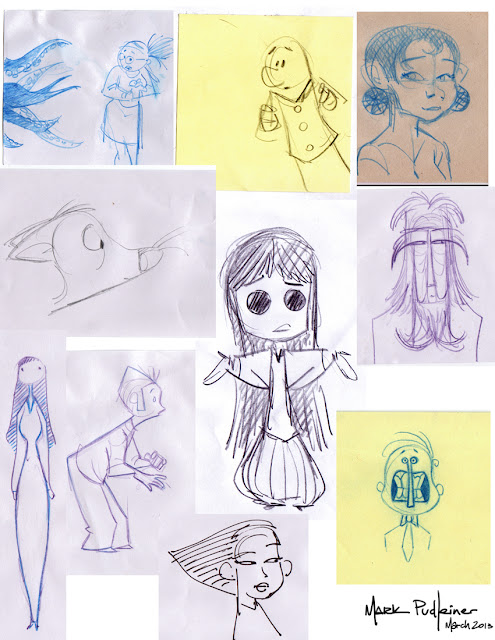 Posted by mark pudleiner at 10:20 PM No comments:

Email ThisBlogThis!Share to TwitterShare to FacebookShare to Pinterest
Labels: 2013, sketches

A couple more of my examples of searching for a stronger silhouette in a single pose.

Here in Vancouver at VANarts Media College
where I teach Character Animation and Story, for one of my assignments I take the students silhouette drawing that they hand in and draw over with my notes on separate layers so that they can see the difference. We look for shapes and angles within the pose to help explain how the body weight is being supported as well as clearly telling the story.


Posted by mark pudleiner at 12:42 PM No comments:

My friend Wayne Gilbert is happy to announce that his book Simplified Drawing for Planning Animation is now an iBook. It has been updated with new pages, drawings and exercises as well as movie files of animation examples from the planning notes.

This book is what we use to help our students learn the basic fundamentals of approaching character animation here at VANarts in Vancouver B.C. Canada.

Every one of our students become very familiar with ' The Orange Book ' as they have learned to call it.

Whether you are a new student looking to enter the art field or a experienced professional, this book explains a very clear step by step approach to planning your character animation. Students, animators, illustrators and comic artists can all benefit from the detailed notes that Wayne has gathered over decades in the industry.

I work side by side with Wayne and I see first hand his passion and devotion to the students we work with. He is constantly searching for new ways to teach the fundamentals in a clear effective way that is easy for all artists to understand.

I highly recommend this book - Mark 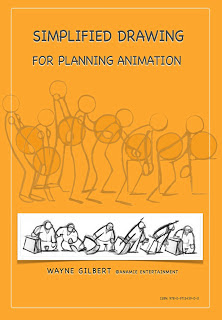 Posted by mark pudleiner at 9:59 AM No comments: 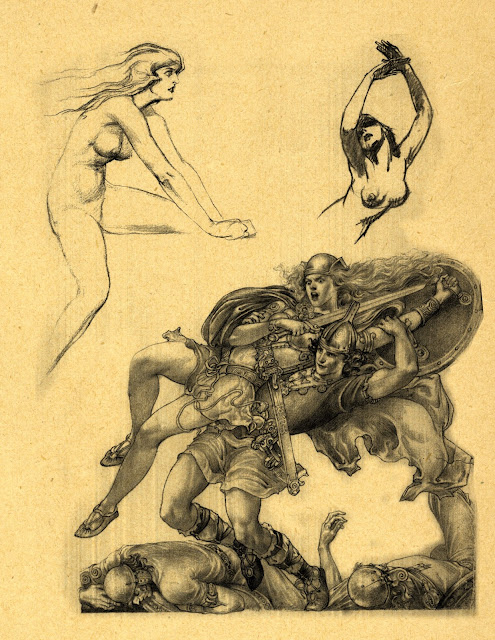 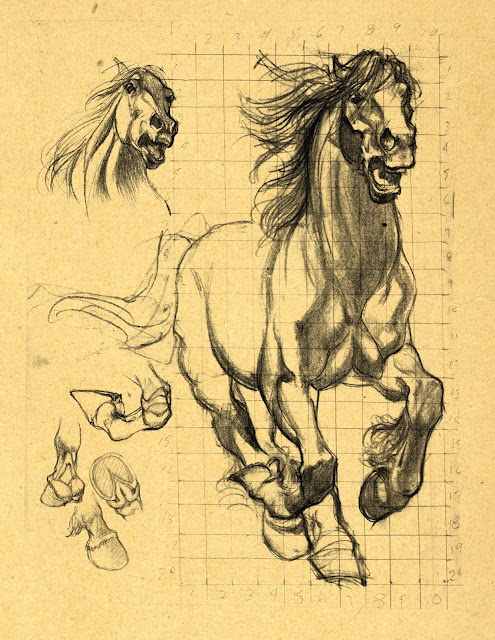 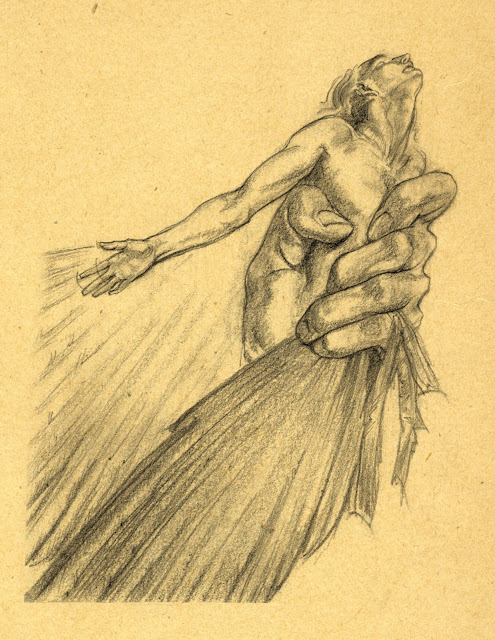 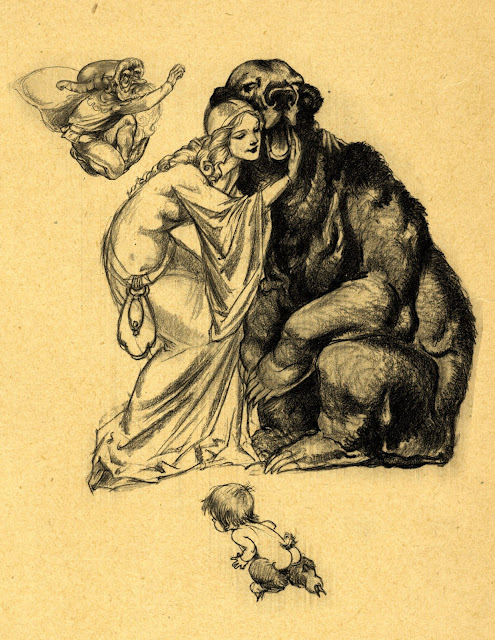 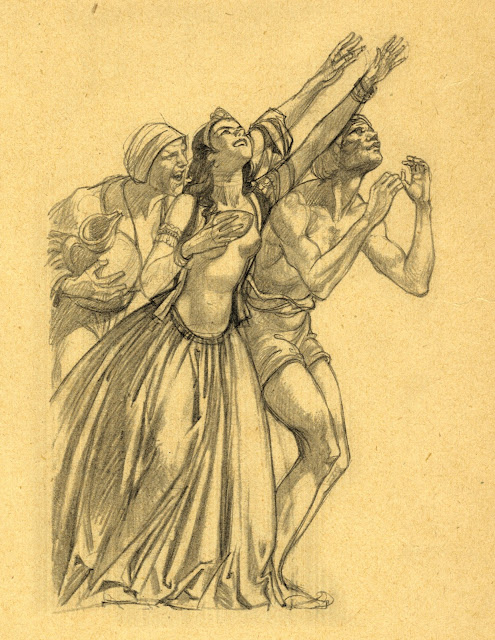 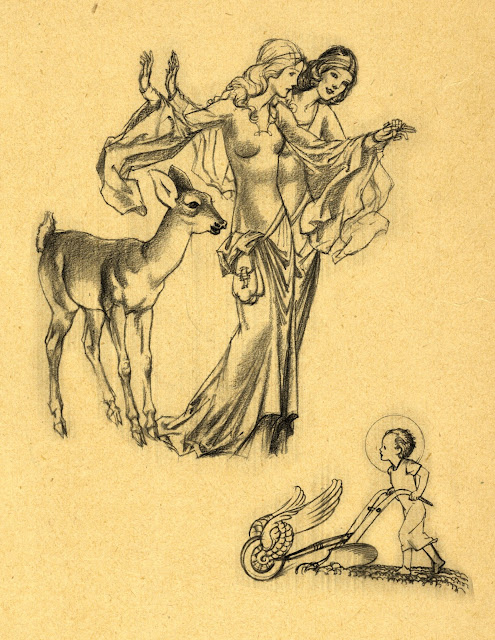 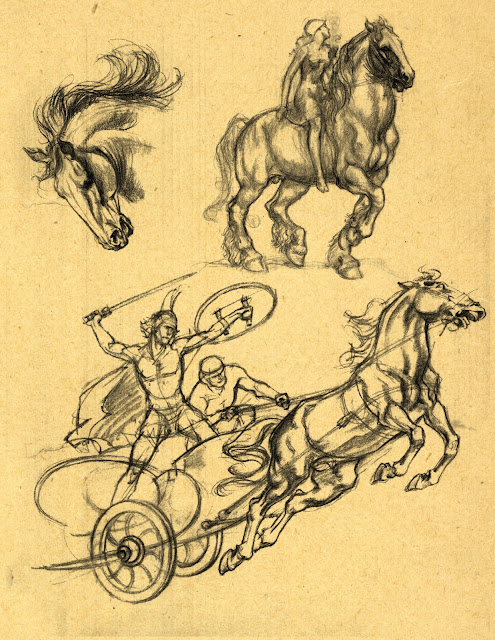 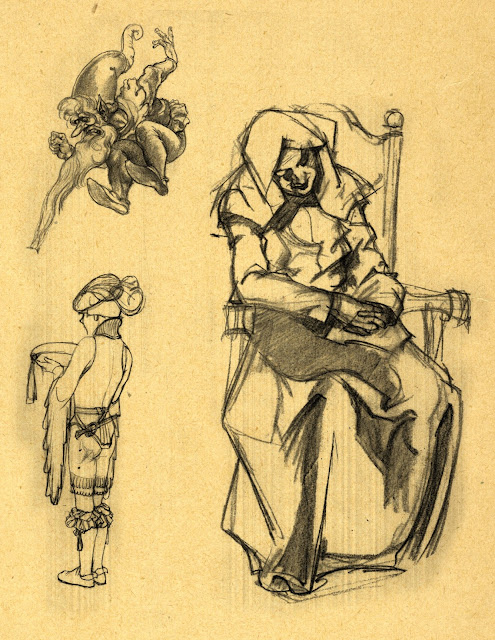 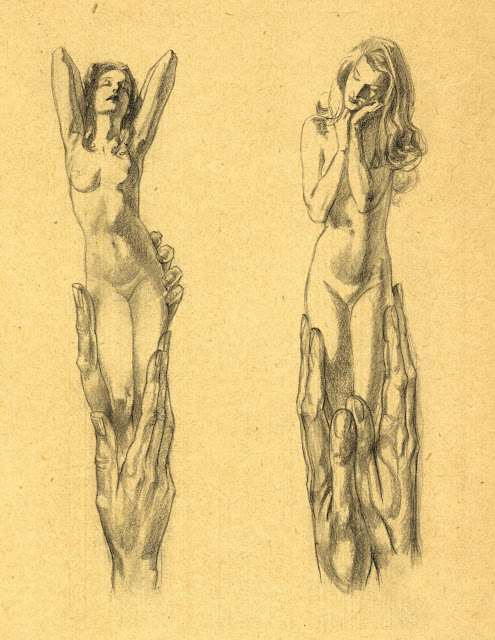 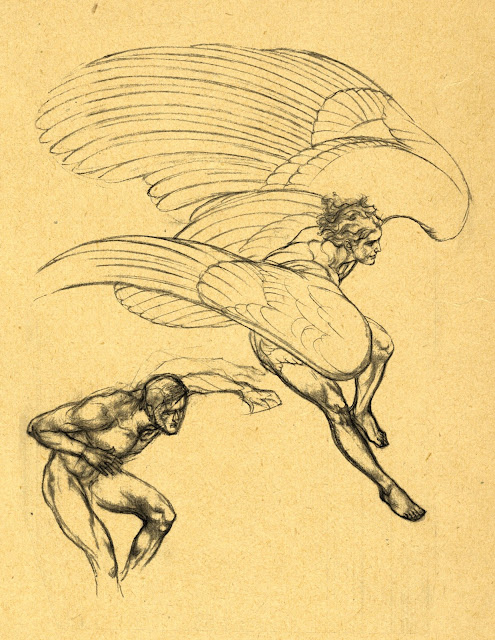 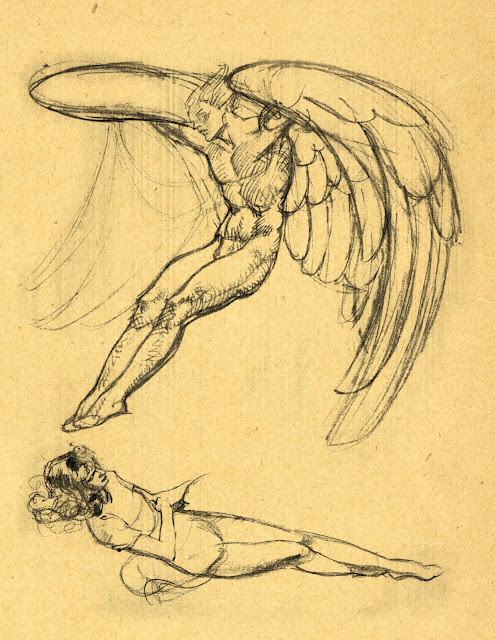 Beautiful work from the Mouse House :-)

Posted by mark pudleiner at 12:26 PM No comments: 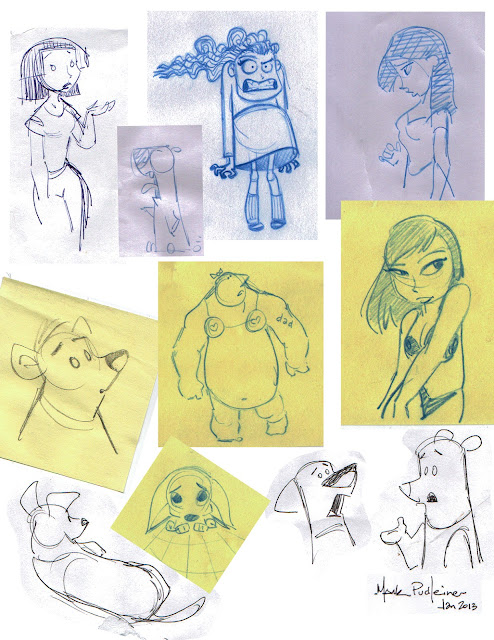