Jan 1994. The 1st day after the NorthRidge Earthquake I had just started working at Disney Feature Animation for the production of 'The HunchBack of Notre Dame'.
It was an exciting new time as I was one of the new hires to join the early crew.
We were still in the warehouses in Glendale, one year away from moving into the brand new 'hat' building in Burbank. Dreamworks hadn't been formed yet.
During this 1st week I had some time to just get settled in, so I sketched away and did some doodles. Here are a few. 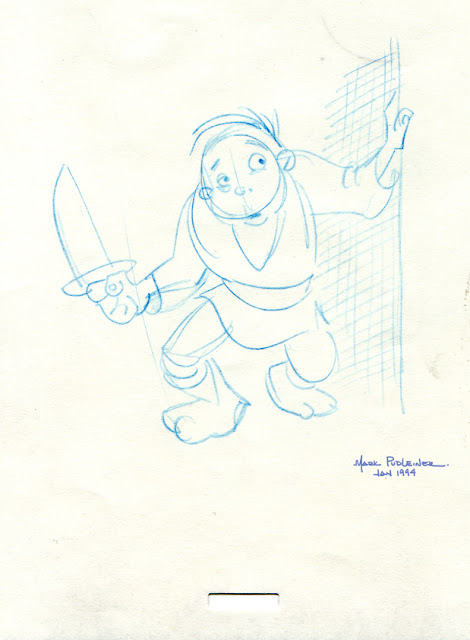 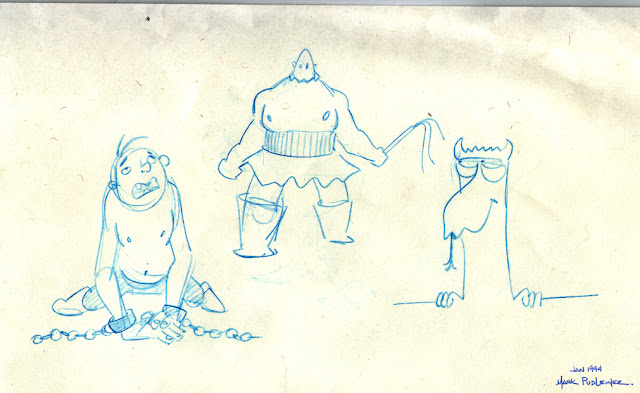 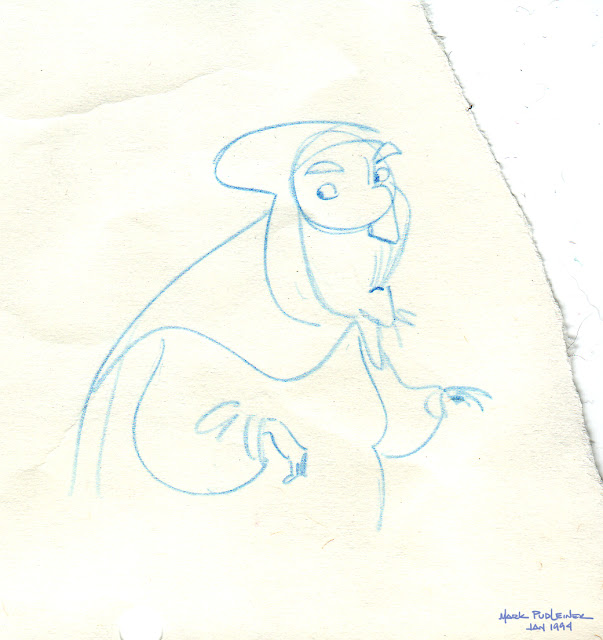 Just received an e-mail from one of my past students Stephen Dautner.
He just finished his assignment and thought I'd like to see it. Well done Stephen !
Here it is :

Jail Break Hack Job from Stephen Dautner on Vimeo.
Posted by mark pudleiner at 11:25 AM No comments:

I received an email this past weekend from one of my Disney friends Robb Pratt. We shared a room together  while animating on the film ' Home on the Range ' at the 'Northside' Animation building { very near the Burbank airport }. It doesn't take one long to find out that Robb is a huge fan of ' Superman '. And PHIL HENDRIE :-)
I last talked with Robb while we were both on shows at Disney TV and he showed me a short that he had done. I think that model car on his desk in the photo was part of the design for that film.
Robb just finished another short, the subject matter being something that drives him.
It turned out great. And as mentioned by others on several other animation websites, I hope this only opens the door for Robb to continue directing on another series.


Posted by mark pudleiner at 12:41 PM No comments:

Email ThisBlogThis!Share to TwitterShare to FacebookShare to Pinterest
Labels: 2011, Animation, Disney TV, Video
Newer Posts Older Posts Home
Subscribe to: Posts (Atom)
All work published here is for Educational Use Only and is Copyright by the respective copyright holders.