Here are a few of my rough sketches during the beginning months of Walt Disney's feature ' Kingdom of the Sun '. I was cast to the lead character ' Nina '  supervised by Doug Frankel.

This was to be my 4th Main female lead character that i was to animate at Disney's. The others being Esmeralda, Meg, Mulan and now, Nina. I really liked the work Doug had done on her design up to this point. Having the face be wider in design but still keeping the appeal. And I loved the large shapes to work with regarding the hair and outfit, even the earrings. I love having shapes to play with regarding overlapping action and I was already visualizing how the hair could move in and out of actions, looking for appealing shapes and using the drag and follow through action as a nice accent to a movement.

We had some time at the beginning to discover the character, learning to drawn her to understand how her design could move around. 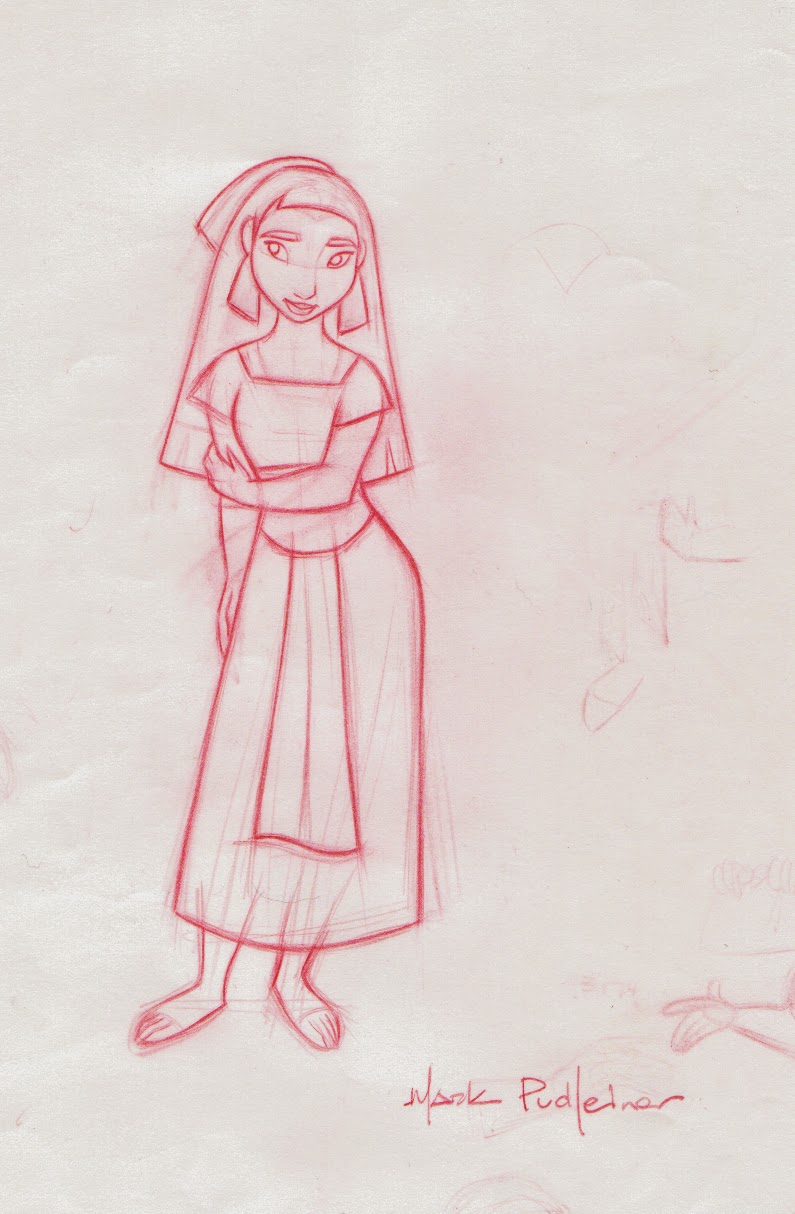 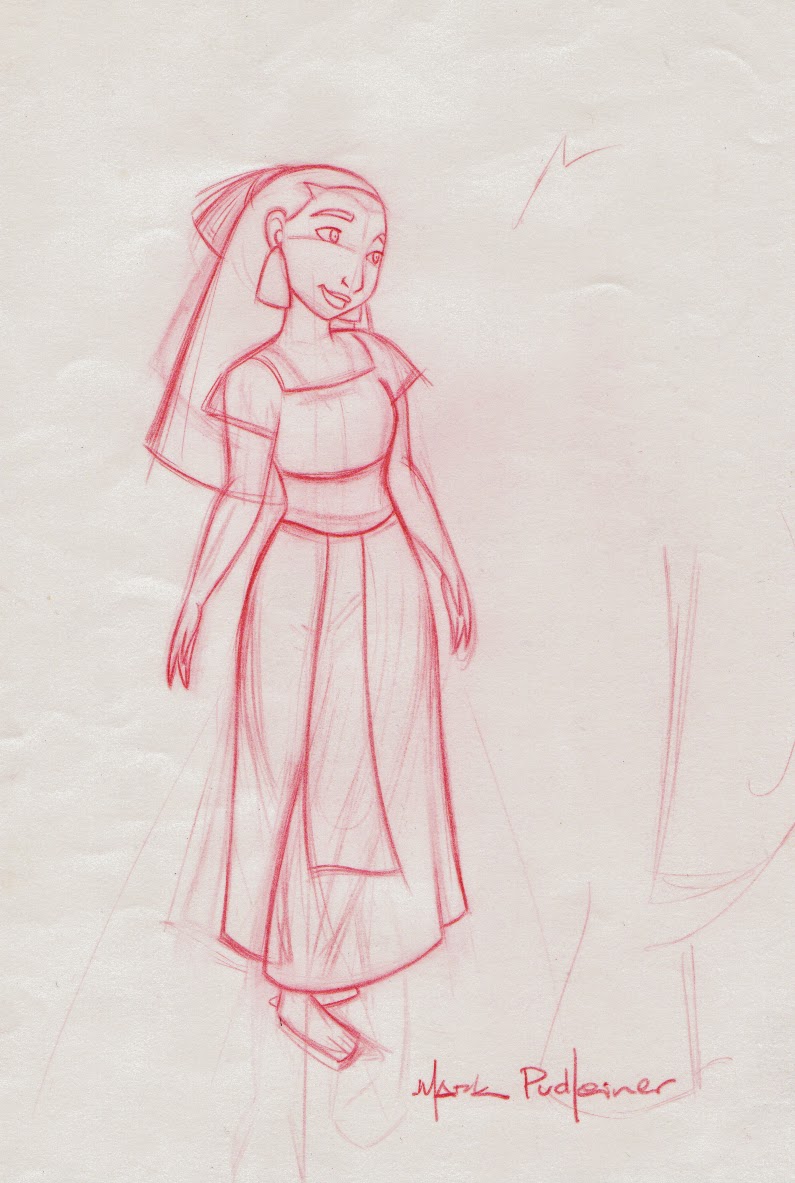 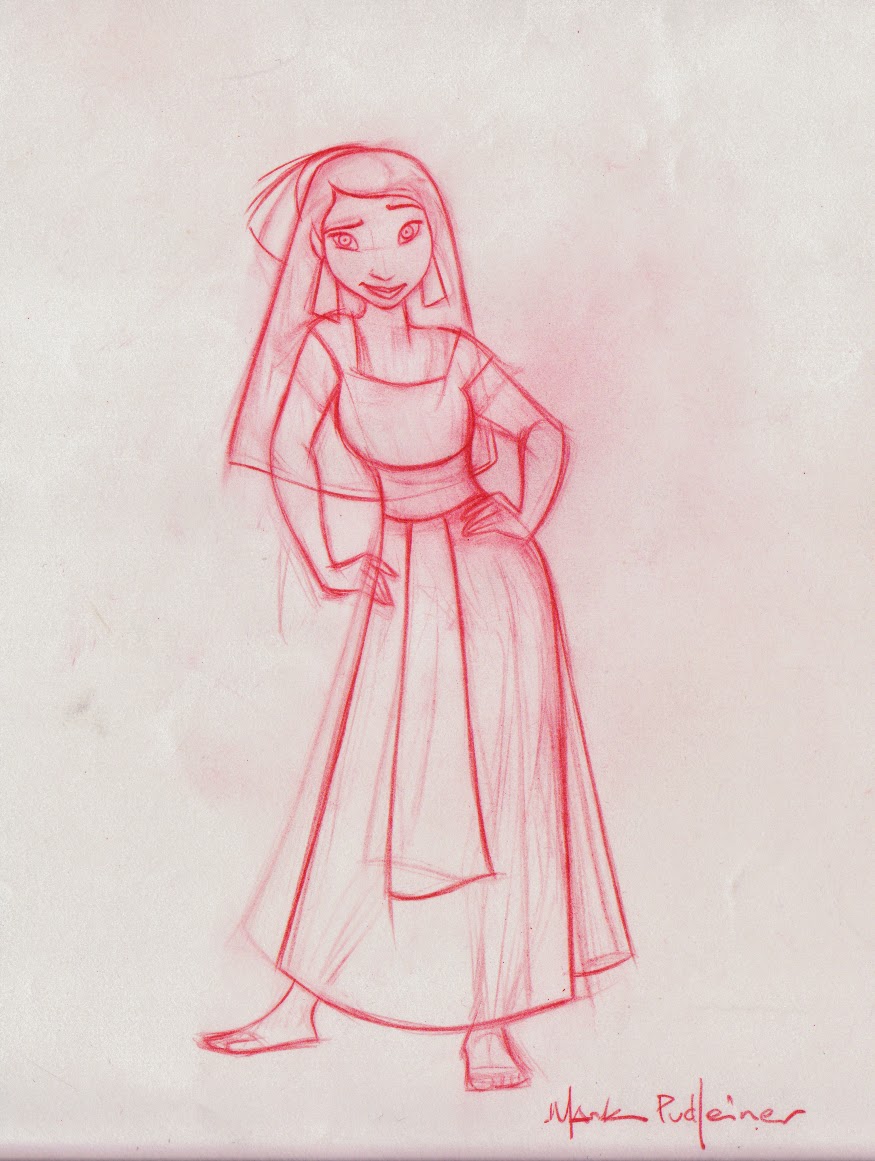 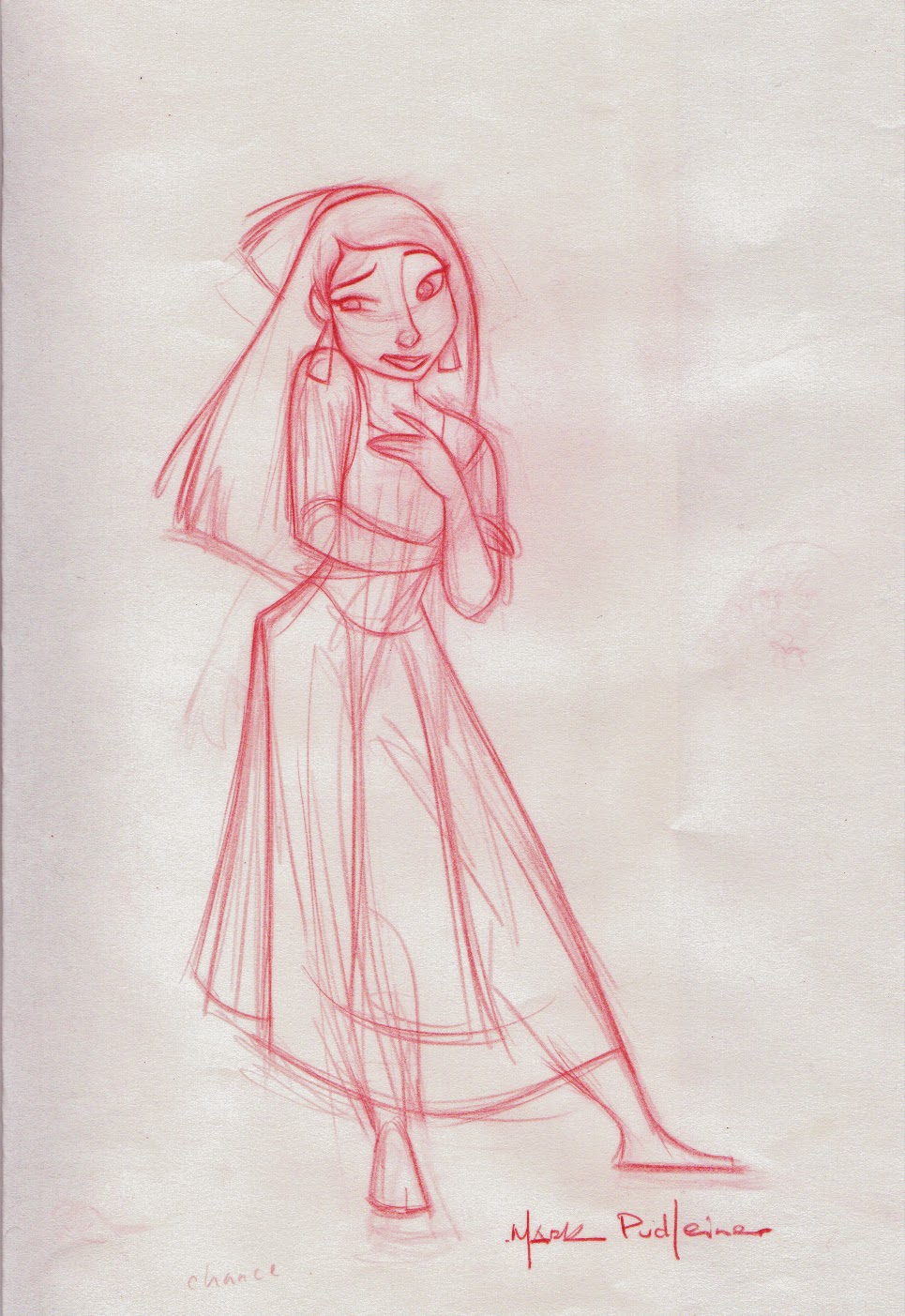 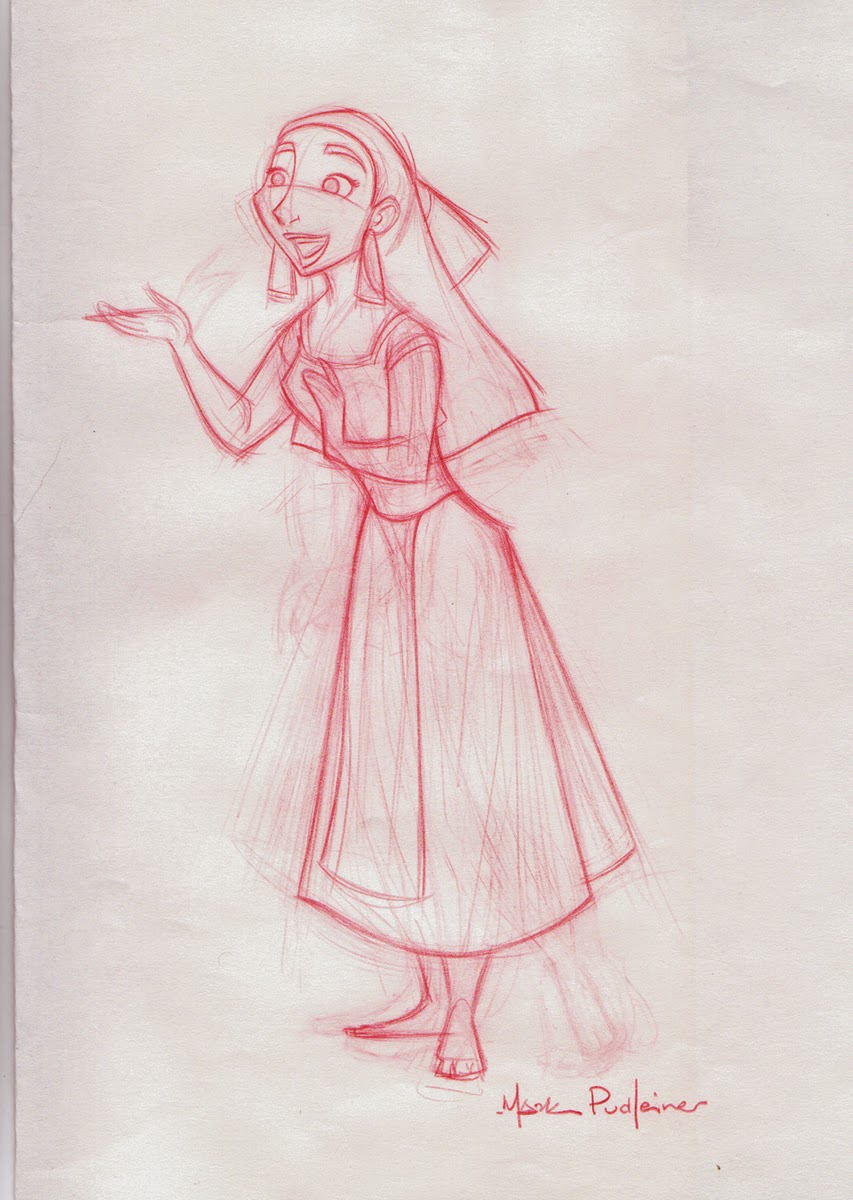 BELOW is a rough animation test i did of  ' Nina '. I was one of around a dozen animators or so that were on this film for around half a year. Production stopped on this film as the company reworked the story and recast the direction. The new film became ' The Emperors New Groove '. This film was more classic Disney in it's animated style - more traditional than the more comic style of ENG. This test of Nina is just a rough i was having fun with before scenes were cast out. It's rough, off model, not completed. It's also based on a good family friend Lisa Salamone Smith { Disney TV } who I tried to capture some of her personality as I have her walk towards the camera. At times Lisa would have her hair flop down over the side of her face while talking and then take her hand and brush it aside. I tried to put that in the test just to add a bit to the appeal of the performance. As mentioned, the test isn't finished, still in the rough stage, but you can see where I was going with it. :-) 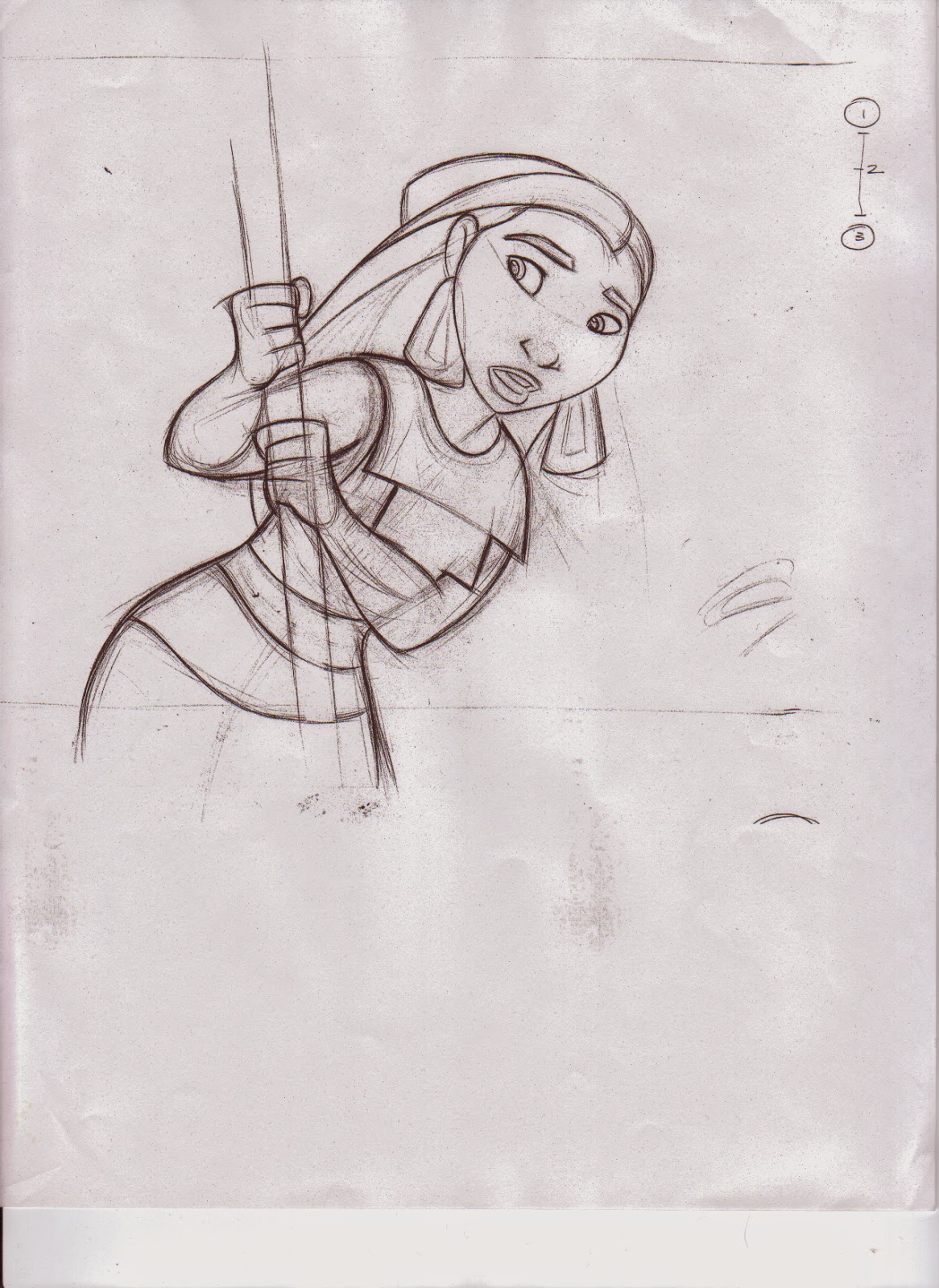 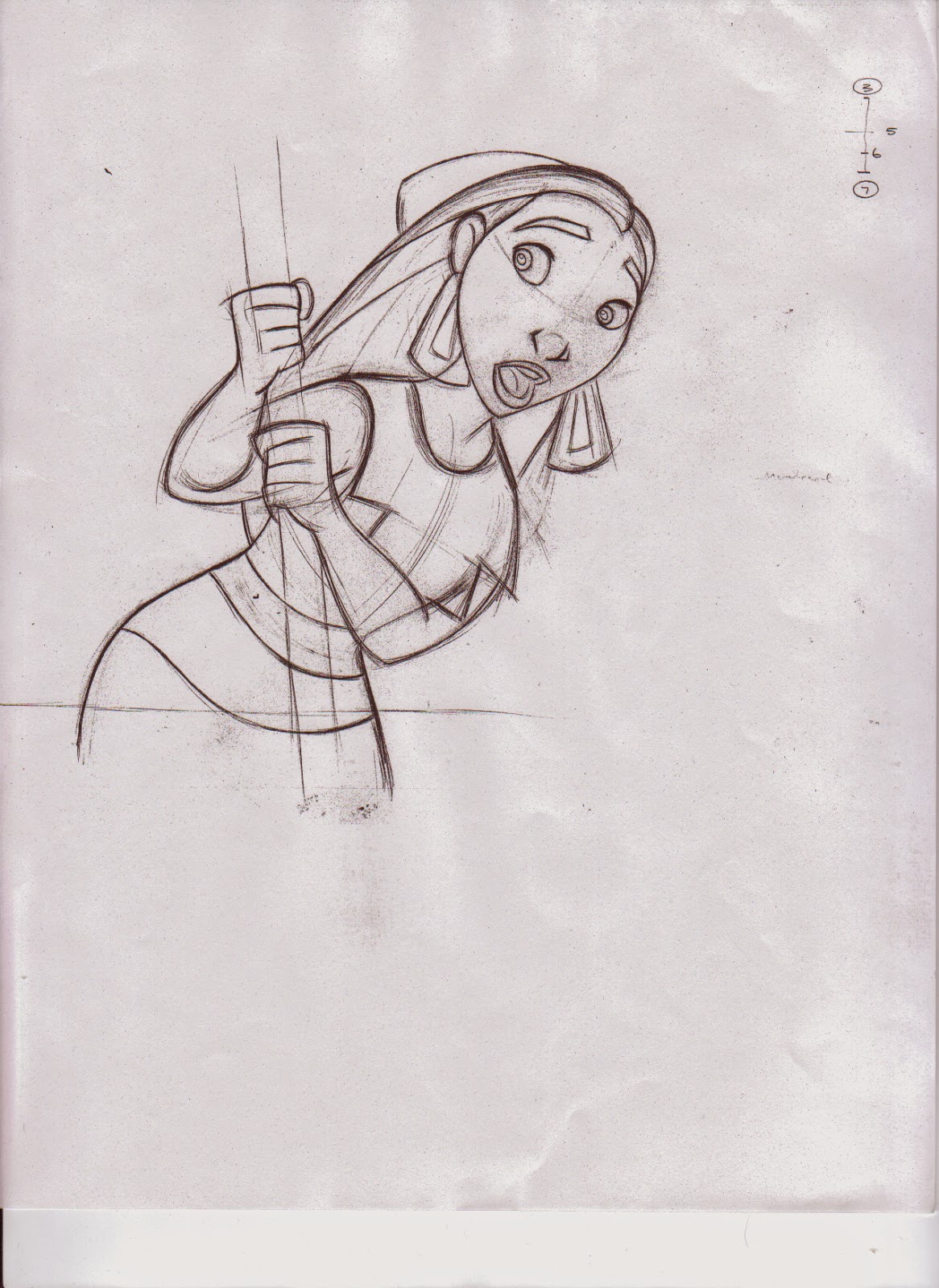 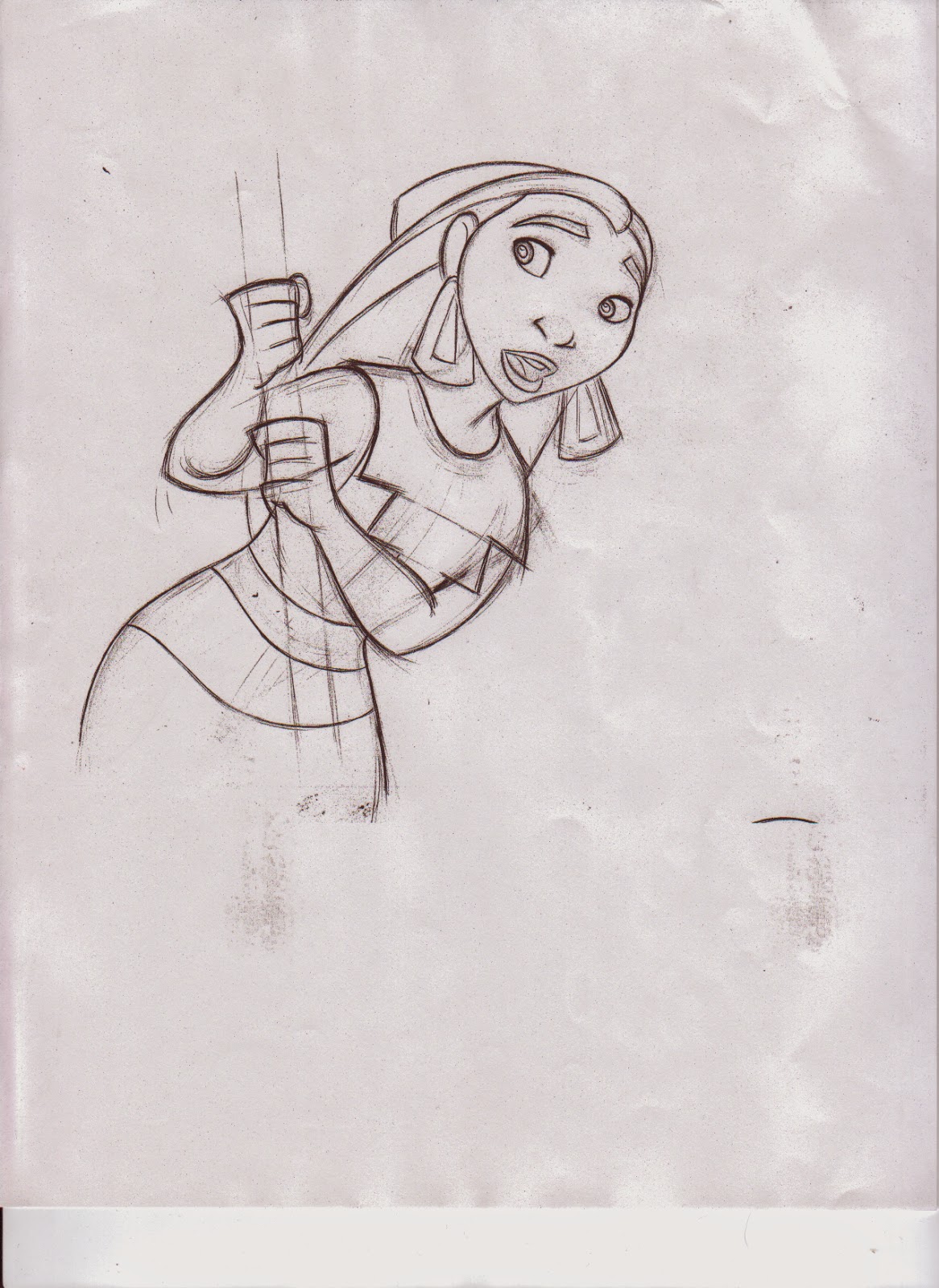 Posted by mark pudleiner at 8:30 PM

Oh... my ... goodness ... there she is!!!
Mysterious character Nina - that Disney princess that never was - finally revealed to the world!

And so many footage! Wonderful!

I waited more than a decade to see this!

What a great treat!

Thank you so much for showing this footage!

Oh I forgot to ask! I posted a preview pic with an instant link to your post here, on my tumblr. Is that okay or is there a problem with that? If it's not okay, I will naturally remove the preview pic.
I highly respect artists.

Thanks so much for sharing. I look forward to seeing more.

Great animation, Mark! I miss your work and everyone of our hand drawn animator friends from that time. Thanks for posting this, it brought back good memories.

Did Nina's design inspire the love intrest Malina in the spin-off TV series "The Emperor's New School"? The design is very similar, though more stylized to fit with the "Groove" universe