During the beginning of Disney's feature ' The Emperors New Groove ' several of us were given different designed characters that we animated walk cycles for. They were to be used for several crowd scenes.

This is the one I was cast to animate and it is Joe Moshier himself. Joe was the designer for the film and I think being the character designer gives him the right to see him walk through a scene or two.
The cycle was officially in Sequence 4, scene 49.8 and 'Joe' was 'city folk #C '.

Back when I finished the test, I added a sound track just to add a little somethin' somethin' :-)

And below is the walk cycle added into a few scenes. See how many times 'Joe' walks by the camera as these scenes play out in sequence. Joe is a great artist and even better person to work with.
I really don't know anyone who doesn't like Joe. Knowing the history, I'm thinking that the name Joe is a pretty damn good name to have in this industry.
Here are some of his links :   IMDB   LinkedIN   Conduct Happiness

I will be attending this years Siggraph in Vancouver.

I will be on the Trade show Floor at Booth #490 on August 9 from 2 - 4 pm
VANarts will be having a Grand prize giveaway for best photo posted on it's facebook page.

For any past co-workers, friends and anyone visiting, feel free to stop by to say hello  :-) 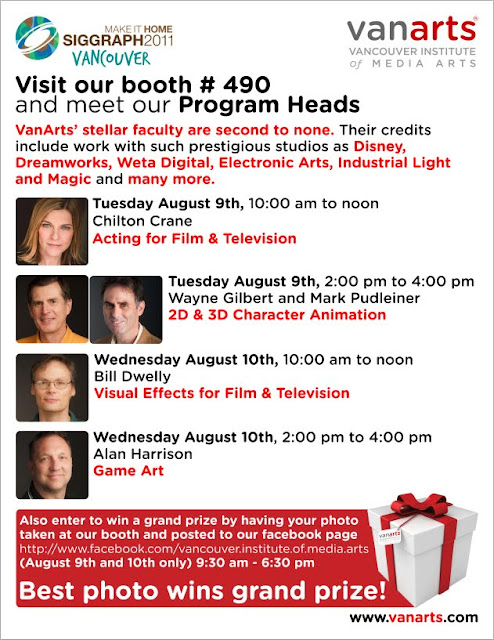 Posted by mark pudleiner at 11:34 AM No comments:

The Circle of Life

Here is a scan of a letter that made it's way around the Walt Disney feature animation studio. I may be wrong of the time frame but I'm thinking it was around the end of the feature Hercules. It has a fairly accurate insight to how many artists were thinking as they went from project to project. 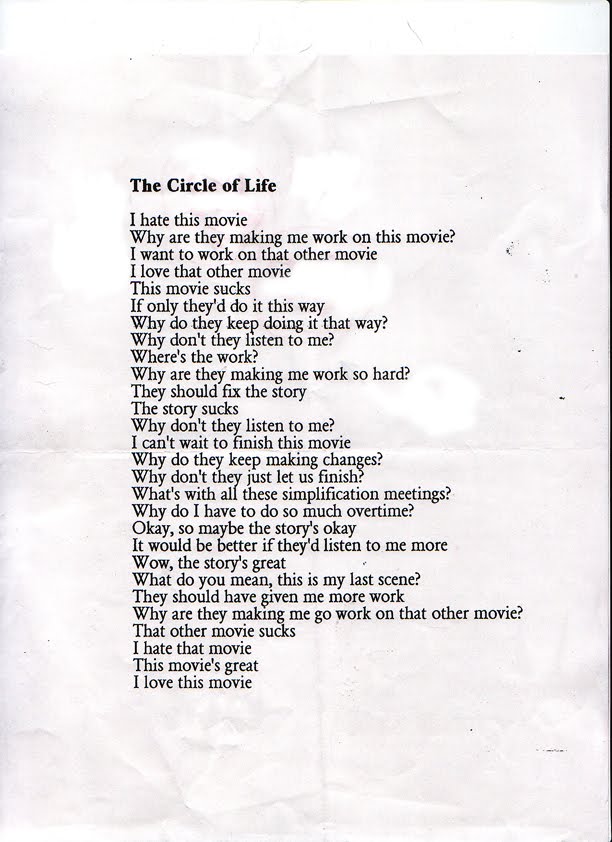 Email ThisBlogThis!Share to TwitterShare to FacebookShare to Pinterest
Labels: Disney

Below is a quick video showing where the studio would gather every Tuesday morning to view the weekly screenings of Don Bluth's feature ' An American Tail ' during production 1985 - 86.

The screening room was also used for animation classes and the animators acting classes that were held during the beginning of the production 'The Land Before Time'. It was during the summer + fall, just before the studio moved to Dublin Ireland.

As challenging as the acting classes were { we had to perform in front of Don, John Pomeroy and all our peers, which isn't the easiest thing to do } the moments bring back some good memories that myself and friends still talk about. { As well as some extremely uncomfortable and embarrassing ones ;-)}
The one thing we had was knowing that no matter how tough these lessons were as we looked inward to become better actors and artists, everyone else in the room was going through the same challenge. And those moments do create a bond with your fellow artists.


An American Tail - The SCREENING ROOM - 1986 from Mark Pudleiner on Vimeo.
Posted by mark pudleiner at 12:14 PM No comments:

While working on Don Bluth's feature 'The land before Time', I would copy some drawings to keep for reference. Here are a couple of drawings from the companies lead supervising animator and producer John Pomeroy.

Email ThisBlogThis!Share to TwitterShare to FacebookShare to Pinterest
Labels: 1988, Don Bluth, John Pomeroy, sketches, The Land Before Time
Newer Posts Older Posts Home
Subscribe to: Posts (Atom)
All work published here is for Educational Use Only and is Copyright by the respective copyright holders.