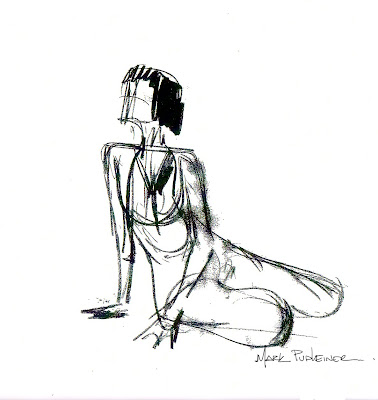 Posted by mark pudleiner at 10:17 PM No comments:

Email ThisBlogThis!Share to TwitterShare to FacebookShare to Pinterest
Labels: sketches

Here are some photos taken by another college friend Andy Bartlett. We were all hired by the Toronto animation studio Nelvana to work on a TV special and then moved onto the feature : ' The Care Bear Movie'. It was our first experience working in production, working on a feature film. So early in our careers, these times were a lot of fun as we were learning so fast. 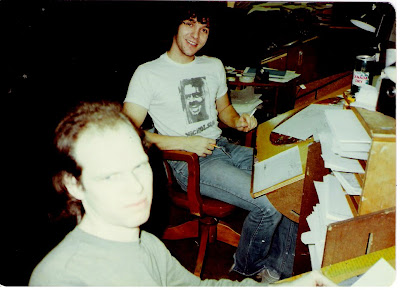 Above in the foreground a Mr Jon Hooper looks happily at the photographer { lol } as in the background, Shane Doyle takes a moment to think about the next drawing assignment as he relaxes and has a smoke. 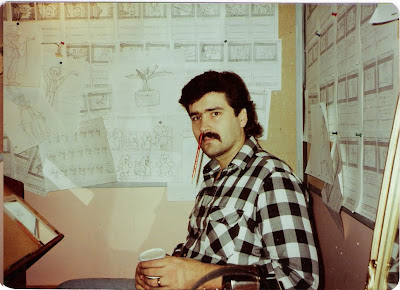 Unknowing he has a pencil in his nose, A very young Dick Zondag looks towards the camera. 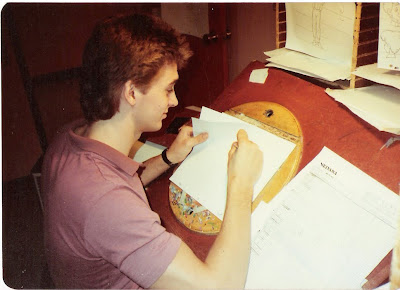 Ralph Zondag dreams of one day being able to direct a movie about Dinosaurs.
He Did... twice ! Here and Here. 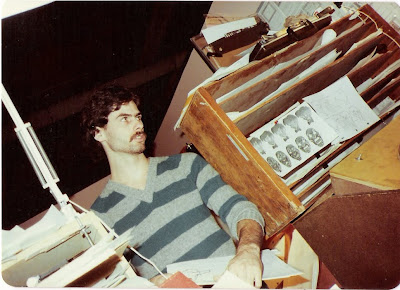 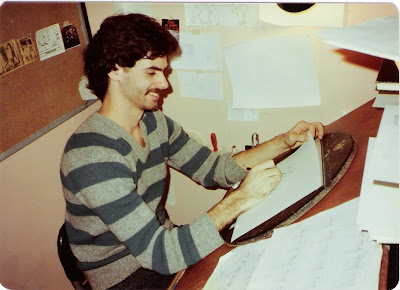 As you can tell by my smile, fun galore as i happily draw various care bears and flowers knowing that dozens and dozens of children will be eagerly waiting in line once the film makes it debut.
If I remember right, the production budget was 3 million and the film grossed over 22 million.
Pretty good return back in the day.

Posted by mark pudleiner at 1:00 PM No comments:

Email ThisBlogThis!Share to TwitterShare to FacebookShare to Pinterest
Labels: 1984, Jon Hooper, Mark Pudleiner, Photo, Zondag
Newer Posts Older Posts Home
Subscribe to: Posts (Atom)
All work published here is for Educational Use Only and is Copyright by the respective copyright holders.