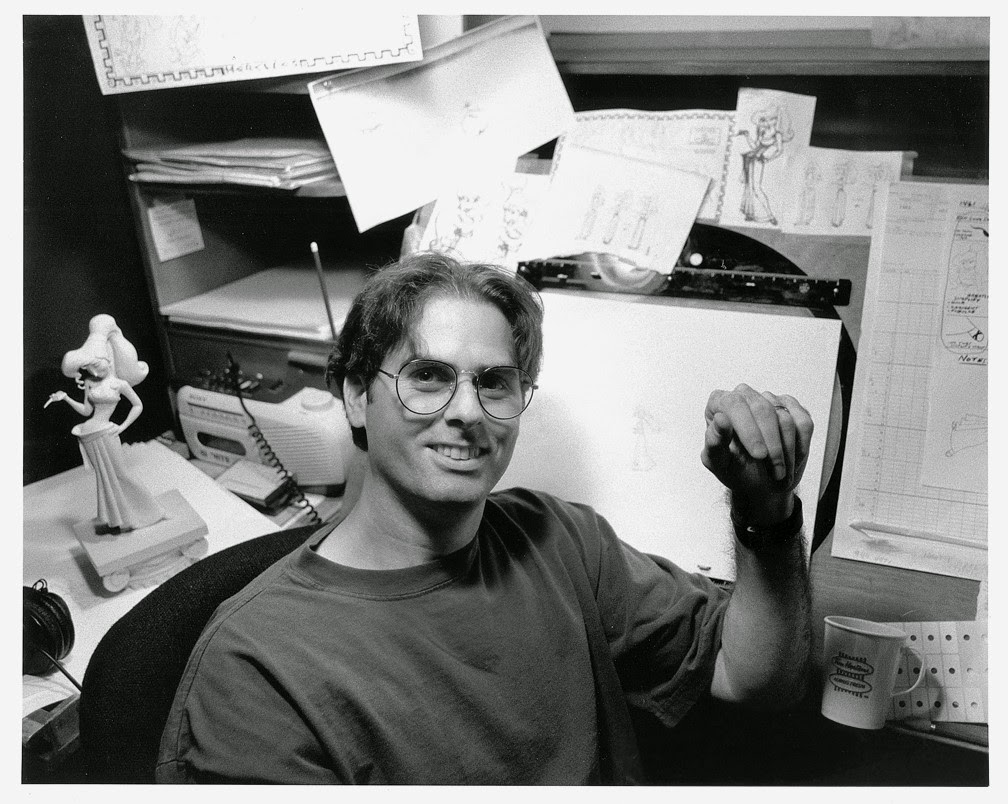 At my desk during the production of Disney's animated Feature 'Hercules'.  This was most likely taken early 1996. My friend and supervisor on the film, Ken Duncan { he was supervising my animation of the female lead 'Meg' } , was going around at times taking photos of people working on the project. He came into my room, stood on a chair and pointed the camera as i looked his way. Looking over my shoulder I recognize that was my first scene on the film, meg walking through the forest as she is about to meet the characters 'Pain' and 'Panic'.
It was the first time I was to deal with those round Meg hips as she snapped from pose to pose. Also the overlapping hair and dress that was part of her design. I've always loved that challenge of animating the female character with all the overlapping design elements. They are great assets to use for adding accents to a performance.