A few more photos from my collection when I walked through the studio on Hart Street in Van Nuys California in 1986.

These are just a few of the backgound artists with the American Tail BG's and color keys from the different sequences pinned up on the walls. 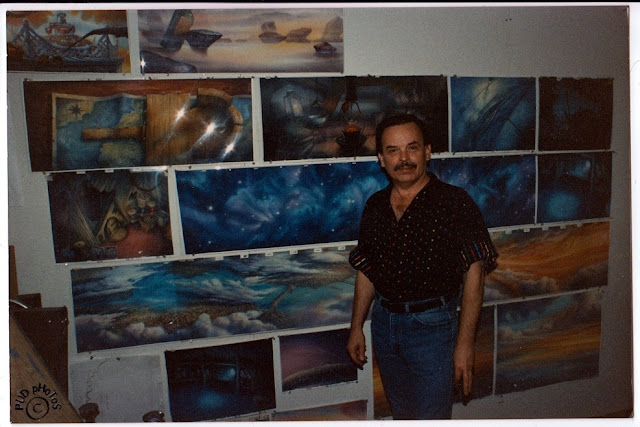 American Tail Color Stylist Don Moore with some of the films completed BG's on the wall of his room. 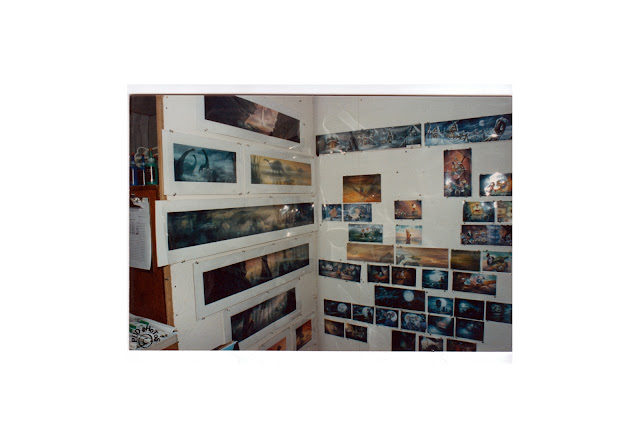 These were the walls as you entered the background room where Don Moore and Bill Lorencz painted. On the left are Color keys from the new film 'Land Before Time'.
On the right are color keys from 'An American Tail' 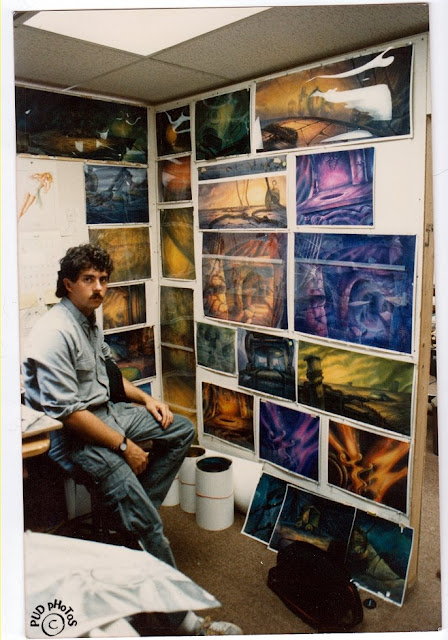 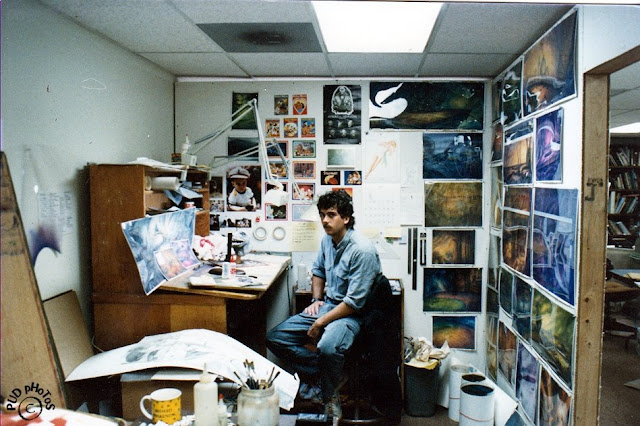 What Barry's room looked like mid 1986. The 'Music Room' was located straight outside his room and Don's room was to the right a few doors down.
Posted by mark pudleiner at 4:16 PM

Its funny, I don't remember Don having a mustache. A totally sweet guy though and really fun to talk to. And Barry is just plane awesome ! So incredibly talented but best of all just GREAT people. We are all so lucky to have worked together.