From Henry Selick, visionary director of The Nightmare Before Christmas

The new trailer for the ' Coraline ' animated feature: 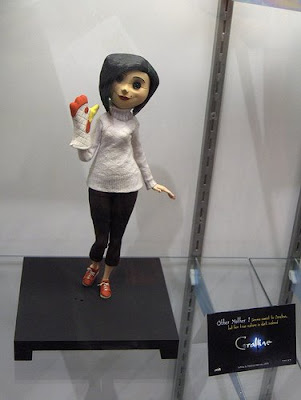 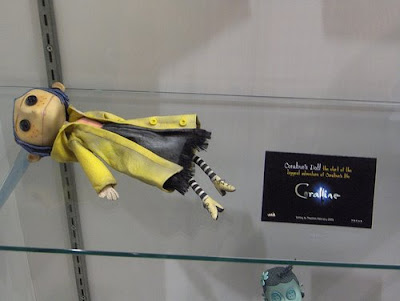 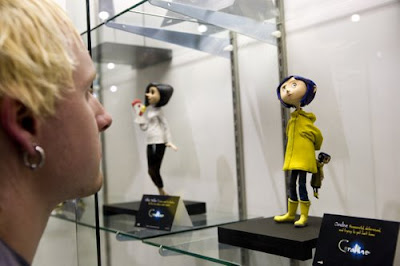 Coraline is being billed as the largest stop motion feature film ever produced. There are 40 stop motion sets being animated on at any given time, and will be shown in 3-D wherever theaters have that ability. Hopefully they will list some 3-D theaters you can visit locally on it's release in February 2009.

Recently Laika decided to set up a promotional display of the stop motion puppets used in the film. The surprising part was that the puppet faces are built with replacement upper and lower faces. This is similar to Miss Spider in James and the Giant Peach. Although it looks like the seam line is removed digitally afte the shots are completed by the animator.

Laika which is rapidly expanding now employs about 425 people, has two features in production "Jack and Ben" as well as TV advertisements and commercials. So it seems that the business management is doing a good job for the studio which went nearly bankrupt during Will Vintons stay. You can visit Laika's official web site > HERE
Posted by mark pudleiner at 9:04 AM