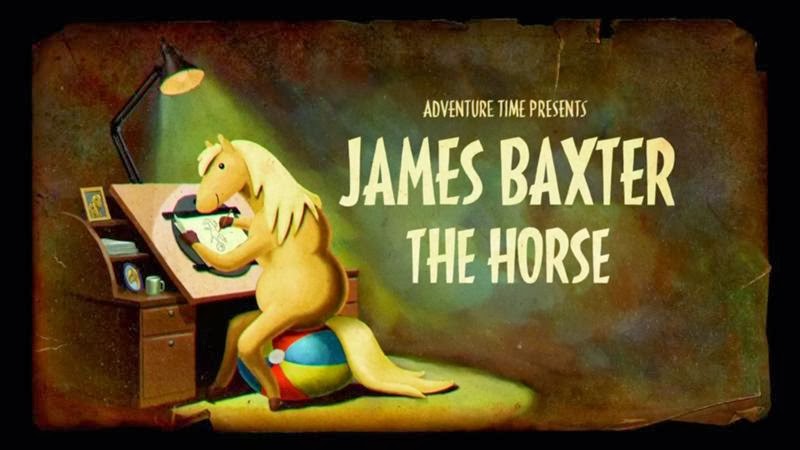 Below is a quick Video of my latest interview on October 23rd 2013 with Dreamworks Animator JAMES BAXTER.

Once again, James agreed to talk with our students at VANarts Media College in Vancouver B.C. Canada and answer any questions regarding his approach on animation.

It was another great morning as James and his wife Kendra joined us for over 2 hours of their time. I'm very thankful that they are willing to join us.

I took the opportunity to ask him about how he became involved with his work on the TV series Adventure Time episode  'James Baxter the Horse'.

James explains the details of how the Idea was originally thought up over 10 years ago, { At least the Idea of a Horse balancing on a beach ball } and then years later how the idea grew to become a new character for the show.
James animated the character as well as the voice performance.

Posted by mark pudleiner at 5:37 PM